Trubicars partners with leading, top-rated, top-quality driving schools throughout Canada and passes down the best pricing and packages to you. This means that regardless of where you live or what type of license you are looking to get, you can rest-assured that when you choose a package from Trubicars that you will be properly prepared and confident to pass your test.

Without speaking with experts, a few new drivers may listen to their friends and family about what will fail them when they take their driving test. Unfortunately, that may not be the best way to go. We need experts in our lives to help us cope and succeed. Experts in health, education, and safety are commonplace within our society. But what about experts when it comes to being able to pass your driving test? Listening to them would make sense.

It is common to be nervous on your driving test, and the driving examiners know this. This nervousness will often cause driving errors to happen. Surprisingly to some, not every driving error could fail you when you go for either a G2 or G driving test. Yes, it may not benefit you, but it likely won’t fail you. You do not have to be a perfect driver or drive flawlessly to pass it. Here are some myths associated with failing your driving test and what will actually fail you. 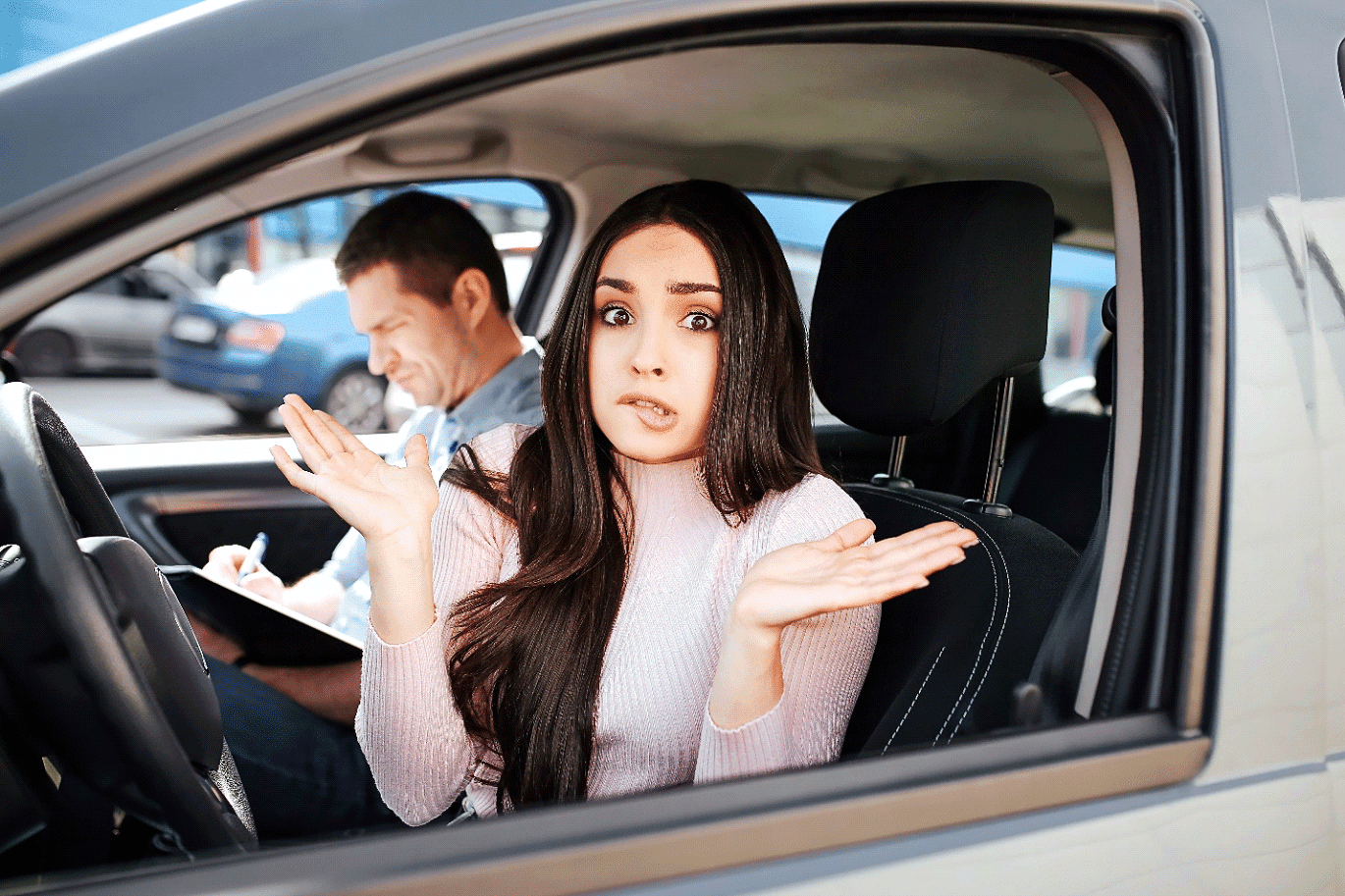 One of the biggest myths about failing your driving test is not able to parallel park. Although not doing a perfect parallel park won’t cause you to fail, it can add to other poorly done skills that could fail you. However, coming in contact with another vehicle would be considered a collision and would fail you on the driving test. Bumping into the curb is an error while parallel parking on your driving test, but that won’t mean you failed the test. Also, if you do not parallel park well enough that you take your vehicle up a curb, that is considered a failure. It’s not because you could not parallel park. It was because you failed to control your vehicle during that low-speed skill. Attempting to drive with the parking brake on is not a good move, but not a failure. Embarrassment is not a failure, so release it and move on.

Another myth associated with failing your driving test is that you will fail if someone honks at you. That’s not necessarily true either, but it could be. If you and the driving examiner hear a horn honk, chances are that if they honked at you, you would know the reason. Reasons such as cutting off another driver, driving too slowly below the posted speed limit, or doing something dangerous would deserve someone honking in your direction. However, if you know you have not done anything wrong, stay focused on the driving task and continue with your driving test. Just because you hear the horn, it doesn’t mean you did anything wrong or deserve to fail your driving test. People honk for the strangest reasons sometimes.

Breaking the law is an automatic failure, most of the time. For example, if you fail to stop at a stop sign, you have broken the law, and that will become a failure. However, if you stopped your vehicle at that intersection past the legal stopping position, that won’t fail you. Perhaps you saw the stop sign late because of an overhanging tree branch and missed the stopping line but stopped after it. You did stop, just not in the correct position. It is not a test failure as long as you do not keep making those mistakes. Also, if you came to a stop position but realized you did not make a complete stop, it would be better to stop late than not stop entirely. Stopping late will generally be an error, but not stopping at all would be a failure.

Not listening is not a failure

The steering technique you use will not necessarily fail you during your driving test. The driving examiner wants you to maintain control of your vehicle at all times and to drive smoothly. If your hand placement was not exactly the smoothest or in the best position to steer effectively, it may be marked as an error but won’t necessarily fail the test. For example, instead of using hand over hand technique while parking, you shuffled the steering wheel instead. Just because you have not used the same steering technique your driving instructor may have taught you; doesn’t necessarily mean you fail the driving test.

What does fail you

Failing the driving test does happen, but it generally happens for the following reasons:

The G driving test also means you must have no more than 30 errors that do not include a violation of the law, a dangerous action, or a vehicle collision.

Getting the advice of a professional driving instructor is always the best way to determine what is or is not a driving test failure. Let Trubicars help iron out any driving test myths you may have by having professional lessons from someone who takes drivers for their driving test on a regular basis! We can help!